Talia Agler Girls Shelter is a registered Charitable Children's Institution under the Children Act, 2001. Established in January 2012 with funding from the Global Fund for Children, the Shelter offers solace to victims of human trafficking, sexual abuse, child labor, domestic violence and forced migration. TAGS takes in girls and young women from Kenya and those trafficked from across East African and other foreign nationals.
Known simply as TAGS, it's the Center for Domestic Training's (CDTD) protection program that is dedicated to providing abused girls and young women with services necessary for their recovery and social reintegration using a 4R approach of: Reach, Rescue, Rehabilitate and Reintegrate. The shelter enjoy 24 hour security with guards and and electric fence. Shelter residents are provided with a bed, 3 meals per day and personal item as required during their stay.

TAGS is named in honour of Talia Agler, a young American girl who dedicated her life to empowering and improving the lives of Girl Domestic Workers in Nairobi during her internship in 2006. You can read more about Talia through the following Links:

What is Human Trafficking? 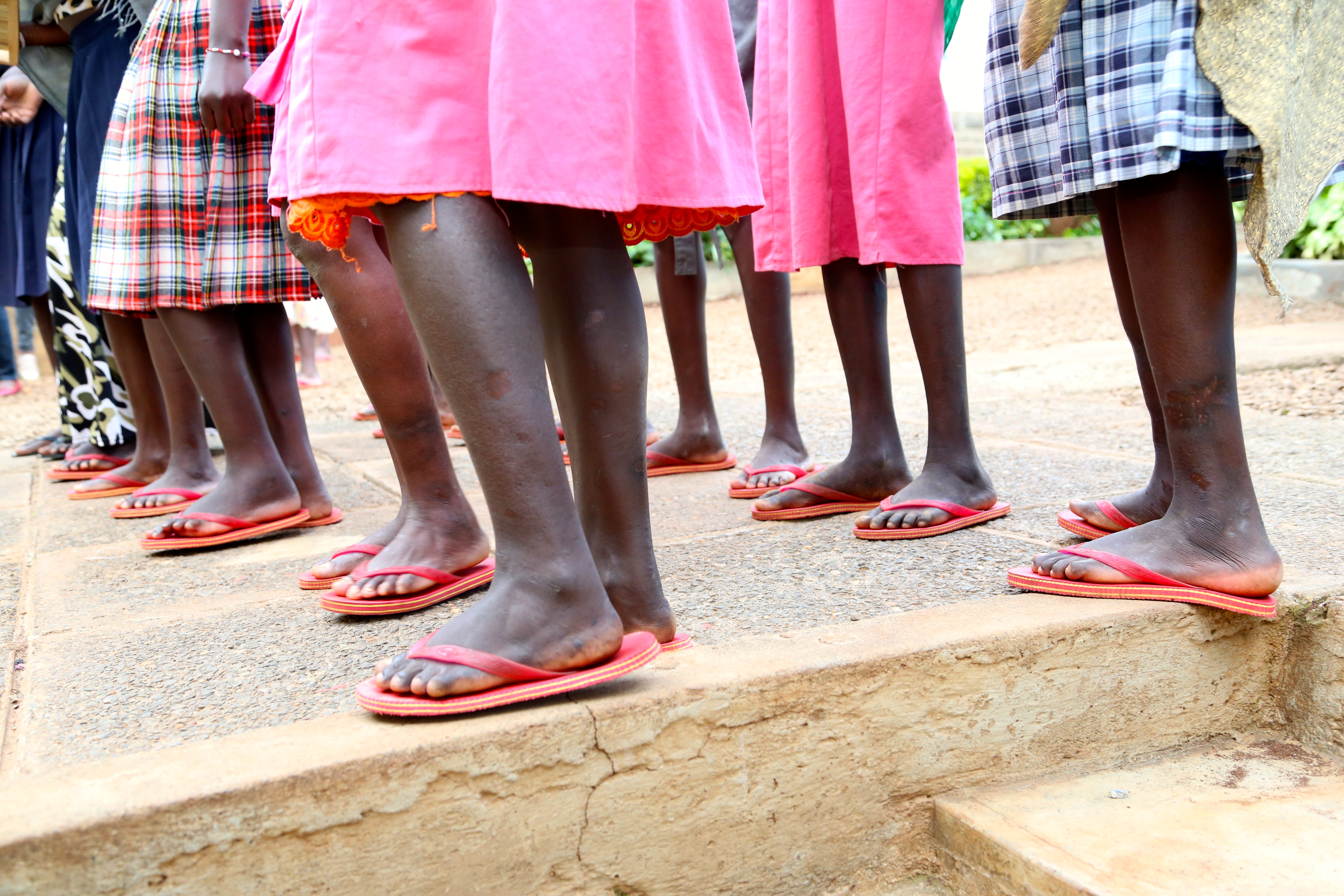 Article 3, paragraph (a) of the UN Protocol to Prevent, Suppress and Punish Trafficking in Persons defines Trafficking in Persons as the recruitment, transportation, transfer, harbouring or receipt of persons, by means of the threat or use of force or other forms of coercion, of abduction, of fraud, of deception, of the abuse of power or of a position of vulnerability or of the giving or receiving of payments or benefits to achieve the consent of a person having control over another person, for the purpose of exploitation. Exploitation shall include, at a minimum, the exploitation of the prostitution of others or other forms of sexual exploitation, forced labour or services, slavery or practices similar to slavery, servitude or the removal of organs.

What is the issue ?

According to The US Department of State report on Trafficking in Persons 2015; Kenya has been identified as a source, transit and destination country for men,women and children.Children from poor families are illegally taken away from their home with a promise of a better life in the cities and neighbouring countries.Victims are exploited by their captors to provide free labour and sex. Most of the victims undergo multiple exploitations.Unfortunately there is very little help available to enable victims heal from their traumatic experiences and reintegrate into society.

CDTD provides direct assistance (shelter and related services) to local and cross border victims of human trafficking. This enhances the victims’ protection, safety, rehabilitation and social reintegration. Through community advocacy, the problem is dealt with from the root as different stakeholders unite to fight the vice. Also, economic empowernment is provided to poor households of the victims thereby reducing the incidence of re-trafficking and re-victimization. The long term impact of this program will decrease vulnerability to trafficking for communities sensitized and increase referrals for victims to available assistance. Rehabilitated victims will gain self-esteem and confidence to talk about their plight to potential victims. Those reintegrated will become productive members of their communities and become agents of change. Finally, the Project will stimulate government action on prosecution of perpetrators and enhance justice for victims.

In September 2008 the International Organization for migration (IOM) and Centre for Domestic Training and Development (CDTD) entered into a partnership for the implementation of a project called phase 2 of the Counter Human Trafficking in Kenya through Capacity Building, Awareness Raising and Assistance to Victims.

Under this partnership CDTD was mandated to provide comprehensive assistance to trafficked persons. Victim assistance was conducted within a broader programme of domestic workers which uses empowerment, awareness, self-dignity,self- determinism and goal setting as themes of transformation. By 2010 sixteen (16) victims of trafficking had be assisted and reintegrated successfully. Following the success of this project, CDTD has continued working in partnership with IOM for the successful rehabilitation and reintegration of Victims of Trafficking from Kenya and Abroad. In 2011 CDTD was appointed by IOM as a member of the taskforce for the development of guidelines for victim assistance of Human Trafficking in the East Africa Region. The guidelines can be accessed through the link: http://publications.iom.int/system/files/pdf/guidelinesforassistingvictims_en_a5.pdf

On July 2014 CDTD partnered with ANPPCAN Regional office and Childline Kenya to form a consortium for the implementation of a project titled “Contributing to the elimination of urban child trafficking in Kenya”. The project was implemented under the technical support and funding from terre des homes. Consortium partners were made up of ANPPCAN Regional (Lead), Centre for Domestic Training and Development (CDTD) and Childline Kenya (CLK). The project was targeting 400 children drawn from a geographical coverage of Mathare and Mukuru informal settlements in Nairobi. Target beneficiaries included children in trafficking and those at risk of trafficking.Services to children will include; rescue where necessary, psycho social support, Interim care, family reunion, vocational skills training, return to school and economic support to households among others.