In an interview at school, Mercy is quick to mention how CDTD has been instrumental in her growth both academically and individually. She is pursuing her diploma in hospitality and just concluded her first year. We shared a laugh (she was anxious) as we talked about the examination results that are set to be released in early November. As she awaits the start of her second year in college, Mercy says that she will not stop there, she intends to further her education and venture into the job market with her credentials. She says that she remains grateful to the center for handling all her needs with school fees, books, accommodation and other personal needs that she may be in need of.

Notwithstanding her newly found joy in education and pursuit for a better life, she reminds me that she still has an ongoing court process. Her previous hearing was on the month of September 2019. Mercy states that she would not have been where she is with her legal pursuit if it were not for the continued support of CDTD since the beginning of her court process in 2018. She particularly mentioned the overwhelming support she receives from Case Workers who always accompany her to the court sessions. She also receives psychosocial support that aides in healing from her bitter past.

When asked on what her advice would be to employees who are mistreated by their employers as she was, her answer was filled with hope and faith.

“Seek help. Take up the necessary law process, trust in the judicial system and don’t lose hope. That mistreatment is not the end of you.” She said.

As we completed the interview, Mercy was very thankfull to everyone who has contributed to CDTD in support of girls and young women like her. She also thanked the CDTD Director for personally taking time to follow up on her case and contacting her immediate family for CDTD to intervene in early 2018. 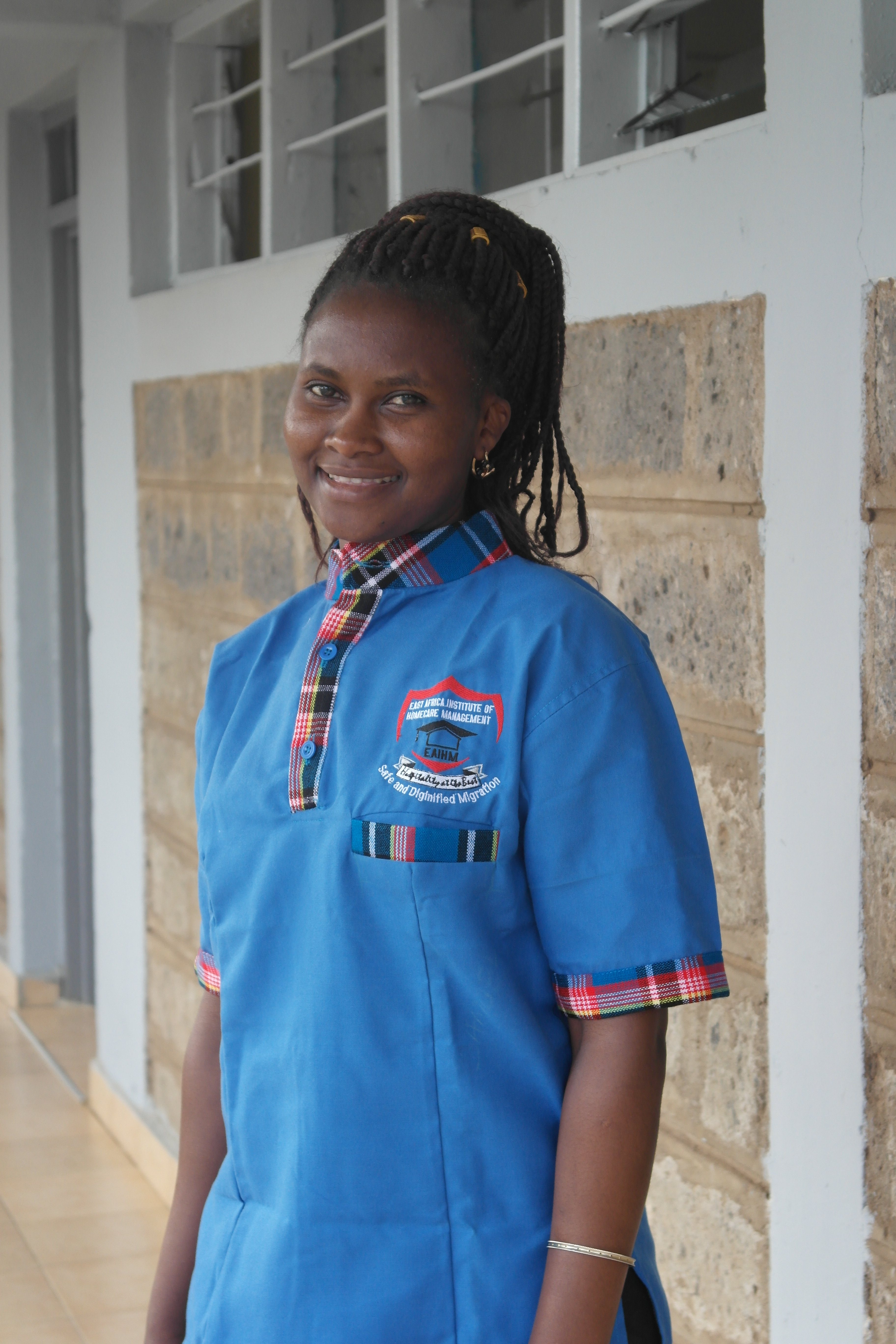 Mercy poses during one of her lessons and at her training institute's compound.