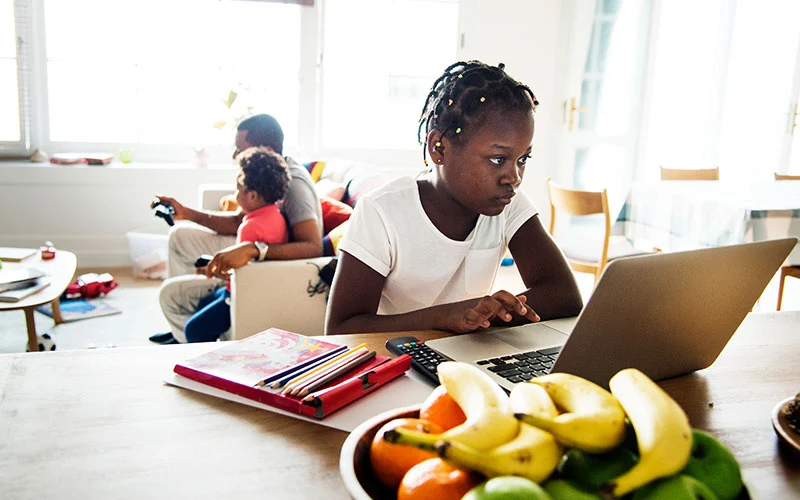 In marking the World Day Against Trafficking in Persons today, it is becoming clear that Covid-19 has devastated the livelihoods of millions of people, leaving them more vulnerable to global criminal networks. Traffickers are having a heyday preying on willing and readily available victims who are reeling from the effects of economic meltdown that has interrupted normal life and led to job losses and pay cuts. The United Nations Office on Drugs and Crime says in its latest report that children are particularly at higher risk of sex trafficking arising from increased online presence due to closure of schools.

“Children are at heightened risk of exploitation, especially since the closure of schools have not only precluded many from access to education but also from a main source of shelter and nourishment.

“Since their schools are closed, many children are increasingly online for learning and socialising. This may make them more vulnerable to online sexual predators.”

In March 2020, the National Centre for Missing and Exploited Children (NCMEC) in March 2020 recorded a 106 per cent rise in global reports of suspected child sexual exploitation – an increase from 983,734 last March to 2,027,520 cases this year.  In Kenya, frontline responders are grappling with a high number of children in need of rescue, protection and integration amidst rising coronavirus infection rates and an unrelenting yet expanding criminal landscape of human traffickers eyeing children for sex and labour trafficking.

Edith Murogo, a frontline respondent, who is the founder and chief executive officer of Centre for Domestic Training and Development (CDTD) and Talia Agler Girls’ Shelter (TAGS), says this year’s World Day Against Trafficking in Persons has come in the middle of another crisis of Covid-19.

“We have to deal with both the pandemic and the threat of human trafficking. As first responders, our work has escalated overnight,” she said.

CDTD empowers local and migrant domestic workers, while TAGS offers a temporary home to victims of human trafficking, sexual abuse, child labour, domestic violence and forced migration. Before the outbreak of Covid-19 in Kenya, Murogo was in the process of integrating seven foreign victims of trafficking who had been living in her shelter.  But now with inter-country travel restrictions, the victims cannot be reunited with their families. Murogo reckons that the upsurge in the number of new victims and the challenge of not being able to integrate those rescued pre-Covid-19 has strained the centres’ resources with the pandemic having added more challenges to the existing ones.

“We are receiving more cases that require to be rescued, more cases that need shelter, medical help, basic needs and those who need to be integrated back to the community. It is a very stressful time for frontline responders,” Murogo explains, citing difficulties in fundraising and getting adequate support to cater for victims when the main focus is responding to the pandemic’s health crisis.

With restrictions in movement and the growing number of Covid-19 cases in Kenya, one would expect that human trafficking would be on the decline.  But frontline responders have instead registered a complex trend in which traffickers tactically leverage on slightest opportunities to recruit, retain and exploit their ‘catch’.  Online platforms have become the ideal hunting ground for unsuspecting children who, following the closure of schools in March, spend most of their time online. With schools expected to open next year, more children will, unfortunately, continue to fall into the trap of online predators.

The Anti-Human Trafficking and Child Protection Unit (AHTCPU) has raised the red flag over infiltration of online learning spaces by abusers recruiting children and sharing child sexual abuse material.  According to research released last week (July 23) by Tech Against Trafficking and the Global Initiative against Transnational Crime, traffickers are misusing every new advancement in technology to prey on their victims.

“The flip side of the digital coin is that traffickers also deploy technology to scale up their market reach, deliver new types of illicit services, such as live streaming of sexual abuse and exploitation, to innovate their operations, to target more victims and to launder criminal proceeds anonymously.”

In Kenya, the AHTCPU is already investigating and working around the clock to pull down and block websites with child sexual abuse material and Kibera and Mombasa are marked as hotspots for live streaming of such content. The use of technology, Murogo says, has made it easier for traffickers to target children and exploit them both online and consequently offline.

“Human traffickers are very innovative. They use different connections to grow their list of victims and are keen to monitor connections that are usually unsupervised. It is easy for them to prey on children and convince them (by asking them to dance and record themselves). This then escalates into asking them to record their videos when naked. They show them how to engage in sex group activities, there is a lot of activity that is going on unnoticed.”

Regrettably, the society has either not noticed the criminal activities or is unwilling to report them, leaving it solely to frontline responders like AHTCPU to detect and investigate the cases, straining the unit’s limited capacity.

Today, Kenya will join the rest of the globe in marking the World Day Against Trafficking in Persons with the Ministry of Labour and Social Protection and the Counter-Trafficking in Persons advisory committee spearheading webinar discussions attended by State and non-State stakeholders in the fight against human trafficking.

The forum seeks to strengthen the collaboration among stakeholders, create awareness on the dangers of trafficking in persons and increased risks and new forms of recruitment, especially online, arising from Covid-19. It will also provide an opportunity for the public to learn about reporting and referral mechanism for cases of human trafficking.

The World Day Against Trafficking in Persons was set aside in 2013 to raise awareness ‘of the situation of victims of human trafficking and for the promotion and protection of their rights.’

“Committed to the Cause – Working on the frontline to end Human Trafficking” is this year’s theme developed to acknowledge the extraordinary and harsh environment responders work in to combat the crime, seek justice and protect victims.